The exhilaration after beating the USC Trojans 23-21 in the Holiday Bowl didn’t last too long for the Wisconsin Badgers.

Just two days after the Badgers won their second straight bowl game, it was announced that defensive coordinator Dave Aranda would be leaving the Badgers for that same post with the LSU Tigers.

By taking the same job at LSU, Aranda more than doubled his salary, as he signed a three-year deal which will start out with him making $1.3 million in 2016.

Aranda put together a great résumé at Wisconsin and he was highly sought after by other football programs.

From 2013-15, Aranda’s Wisconsin defense allowed an average of 289.4 yards per game, which ranks first in the nation over that span.

It’s not hard to see why Aranda was a coach that multiple football programs would want.

The odds were pretty high that Aranda would end up in the SEC conference if he went anywhere. Why? Take a look at the assistant coaching salaries going into the 2015 season, as put together by USA Today.

The SEC far and away blows away the other power conferences in terms of what they pay their assistant coaches.

I had an opportunity this past Wednesday to talk with NFL scout Chris Landry on 620 WDAE’s Steve Duemig Show. Although he is strictly a scout now, Landry has also coached in the past, which included a stop at LSU. In fact, Landry still lives near campus in Baton Rouge.

That’s why I thought it would be nice to get his read on the Aranda situation.

“They have tried to get Dave Aranda at LSU for about three years now,” Landry said. “I’m excited that he’s here.”

Landry then talked about the reason why the SEC pays it’s assistant coaches more.

“The reason why they pay more money is they make more money in the SEC,” Landry said. “It’s bigger time programs that fill their stadiums at a larger rate. They get more money from tickets and luxury suites.

“They sell more merchandise and put more money into the football program. That’s why it’s been the best conference in the country. They put more emphasis on that.

“They pay the head coaches more and the assistant coaches more. They have larger support staffs as a result of that.”

Landry then turned his discussion in talking about the SEC compared to someone like Barry Alvarez, the legendary former head coach at Wisconsin, as well as their current athletic director.

“If you listen to someone like Barry Alvarez, he’ll tell you that they have more sports to pay for,” Landry said. “Well, Barry is part of the problem. You don’t have to do anything.

“Guys like Barry Alvarez, he could spend more. But Barry’s ego gets in the way. Barry thinks of himself as the greatest coach ever. And because he didn’t make the big money, therefore, coaches [today] are making too much money.

“Well, they are. Get over it. It’s not what you were worth then. It’s what the going rate is now. And that’s why they [Wisconsin] have had a hard time keeping coaches.

“Barry does a pretty good job finding coaches, but he can’t keep them because he doesn’t pay at the level [he needs to]. If you want to be a top-10 program, pay like it. And they don’t do it at Wisconsin and I think they are capable of doing that, but they just don’t.”

Those are some pretty harsh words from Landry talking about Alvarez. Especially when one looks at where the football program was when Alvarez first arrived on the scene to coach the Badgers.

When Alvarez arrived in Madison in 1990, the football program had hit rock bottom under Don Morton, as the team went 6-27 in the three years Morton coached there.

Plus, in it’s history, the Badgers had only won one bowl game and had never won a Rose Bowl.

That all changed under Alvarez.

The Badgers also won three Big Ten titles, along with three Rose Bowl wins. Overall, the Badgers were 8-3 in bowl games during that span.

Since that time, the Badgers have continued to be successful under coaches like Bret Bielema, Gary Andersen and current head coach Paul Chryst.

The Badgers have won three more Big Ten titles and have gone to 10 straight bowl games since Alvarez became strictly the athletic director.

That being said, Alvarez had to be the interim coach for the Badgers in both the 2013 Rose Bowl (lost 20-14) and the 2015 Outback Bowl (won 34-31) after Bielema (Arkansas) and Andersen (Oregon State) moved on to their current locations.

Still, it’s true that both Bielema and Andersen felt that their assistants were not paid enough, plus they also felt that the academic standards at Wisconsin were set too high compared to the rest of the country.

Bottom line, compared to where the Badgers were before Alvarez arrived and are now, is like night and day.

So, who will replace Aranda as the new defensive coordinator of the Badgers? 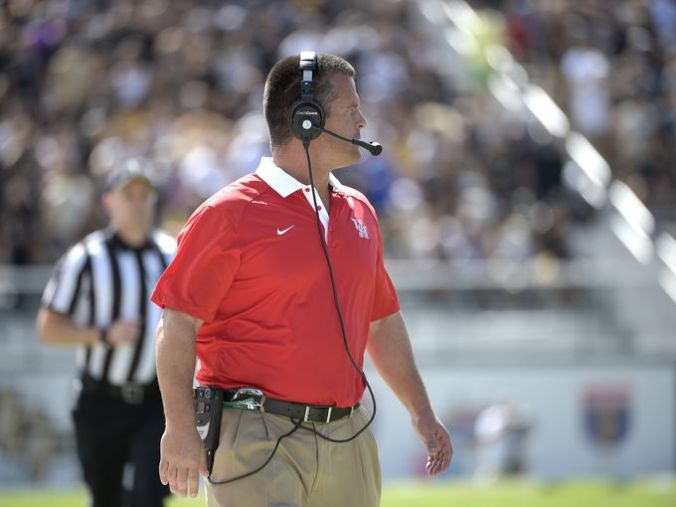 I asked Landry if Todd Orlando would possibly be a candidate for the job. Orlando is currently the defensive coordinator at the University of Houston.

This past year, the Cougars went 13-1 and beat Florida State in the Peach Bowl.

Before then, he followed Aranda to become the defensive coordinator at Utah State after Aranda came to Wisconsin with Andersen.

Like Aranda, Orlando has put together a nice track record with his coaching accomplishments. Orlando also runs the same 3-4 scheme that Aranda utilizes. In addition to all that, Orlando is a Wisconsin grad, who was a three-year letter winner at linebacker.

Orlando played on the 1993 team coached by Alvarez, which won the Big Ten title and the 1994 Rose Bowl.

“They [Wisconsin] have a couple of good candidates,” Landry said. “I think Todd is a good coach. I don’t know where he would fit on their list. I would make him a candidate and see where it goes.”