We are now less than a month away from the start of free agency for the NFL in 2016. That wild and crazy time starts on March 9. It’s not so wild and crazy for the Green Bay Packers though, as general manager Ted Thompson uses a different approach in putting together the roster of the team.

For the most part, under Thompson and head coach Mike McCarthy, the Packers have become a draft and develop team. The Packers try to sign as many players on their own roster before free agency begins, and only rarely will they try to get free agents who have played with other NFL teams.

But when Thompson has tried the “pure” free agency route, he has hit gold. Examples are Charles Woodson and Ryan Pickett in 2006, plus Julius Peppers in 2014.

But all in all, it is the NFL draft which has mostly put together the roster of the Packers and that approach has paid some dividends.

Since the alliance of Thompson and McCarthy began in 2006, the Packers have gone 104-55-1 in the regular season in 10 years. In that time, Green Bay has also won five NFC North titles, plus have gone to the postseason eight times, which includes seven consecutive years now.

That also includes a victory in Super Bowl XLV, as well as three appearances in the NFC Championship Game.

Looking at free agency in 2016, the Packers have already signed a couple of their potential free agents when they signed defensive linemen Mike Daniels and Letroy Guion to contract extensions.

The Packers signed Daniels to a four-year, $41 million deal in mid-December and then last Friday signed Guion to a three year deal worth $11.25 million.

Letroy Guion of the Packers tackles Robert Turbin of the Cowboys

The Packers still have some work to do as they have a number of other players who will become unrestricted free agents as of March 9. The list includes players like Mike Neal, Mason Crosby, Sean Richardson, Nick Perry, Andrew Quarless, James Starks, B.J. Raji, Don Barclay, Scott Tolzien, Casey Hayward, Brett Goode, John Kuhn and James Jones.

Currently, the Packers are in very good shape in terms of their salary cap. Green Bay is estimated to be nearly $23 million under the cap. That means they do have plenty of room to sign a number of their own players, plus perhaps even sign a “pure” free agent or two.

Plus, the team has to figure in the money for the 2016 draft class, plus cap decisions down the road, which includes 2017 free agents. Included in that group is Josh Sitton, T.J. Lang, Julius Peppers, Datone Jones, David Bakhtiari, Micah Hyde, Eddie Lacy, JC Tretter and Sam Barrington.

For the 2016 free agents though, I would think the first priority is to re-sign Crosby. No. 2’s cap value was $3,550,000 in 2015, so he is certain to get more than that in his next deal. But seeing that Crosby is one of the best kickers in the NFL, I would almost guarantee a deal will get done.

It won’t be an easy decision as to who to choose from in regards to Neal and Perry. I can see the Packers bringing one of them back, but not both.

Both Neal and Perry have also had their share of injuries in their time in Green Bay. But from a cap standpoint and also factoring in the age, the Packers might tend to lean towards Perry. We shall see.

Another interesting decision will need to be made about Raji. With the signings of Daniels and Guion, plus the development of Mike Pennel, not to mention the upside of Christian Ringo, who is currently on the practice squad, Raji has been put in a tough situation.

In terms of running back James Starks, according to Pete Dougherty of PackerNews.com, No. 44 is expected to re-sign with the Packers. That being said, Dougherty also didn’t expect the Packers to re-sign Guion, which they recently did.

The running back position is where Thompson might attempt to make a big splash in free agency this year. Matt Forte is not expected to be re-signed by the Chicago Bears  and will be an unrestricted free agent.

Starks played well at times for the Packers in 2015, as he rushed for 602 yards and had two scores, plus had 43 receptions for 392 yards and three more touchdowns. But No. 44 also coughed up the ball five times on fumbles and lost three of them.

The Packers needed a good performance by Starks, as Lacy certainly had an off year, as he rushed for just 758 yards and three touchdowns, plus caught just 20 passes for 188 scores and two more scores.

No. 27 was hampered by the fact that he was overweight in 2015 and was most likely north of 260 pounds. The Packers have told Lacy that he needs to lose thirty pounds going into training camp this upcoming summer. Plus, remember that Lacy will be an unrestricted free agent in 2017.

That’s why I believe Forte could be the wild card in this particular situation. Granted, Forte is 30 years old and has already played eight years in the NFL, but he would be a great one-two combination with Lacy, plus he catches the ball better than any running back in the NFL.

The Packers know all about Forte and his skills, having faced him twice a year every season. In his career, Forte has rushed for 8,602 yards and 45 touchdowns, plus has a whopping 487 receptions for 4,116 yards and 19 more scores.

The Packers have already brought on a discard from the Bears when they signed Peppers back in 2014, and No. 56 has definitely been worth the signing. In two years in Green Bay, Peppers has had 17.5 sacks, forced six fumbles and picked off two passes, both of which were returned for touchdowns.

Peppers could serve as a recruiter to help the Packers snag Forte via free agency. My guess is if the Packers do indeed dip their toes into the “pure” free agency waters, it will be Forte who they will go after.

If that Packers do indeed sign Forte, Starks would be the odd man out.

In terms of the other potential 2016 free agents that the Packers have, I only expect a few of them to possibly come back.

Although the offense played well below it’s normal efficiency in 2015, it did improve after Kuhn was given more of a role in it later in the season.

Brett Goode was one of the best long snappers in the NFL during his tenure with the Packers over the seven-plus seasons he played with Green Bay. But after he suffered a torn ACL, he was replaced by Rick Lovato, who did a good job in his absence.

James Jones had a great year for the Packers in 2016, after he was picked up after being first discarded by the Oakland Raiders and then the New York Giants.

The Packers brought Jones back to the team just prior to the beginning of the regular season after Jordy Nelson suffered a torn ACL in the preseason. No. 89 led the Packers with 50 catches for 890 yards and eight touchdowns.

Even with that, its a long shot that Jones will be back in 2016. Why? Nelson will be back, plus the team still has wide receivers like Randall Cobb, Ty Montgomery, Jeff Janis and Jared Abbrederis coming back.

Montgomery showed flashes of being very good before he injured his ankle in Week 6, which eventually put him on injured reserve. Plus, both Janis and Abbrederis showed how good they can be in the playoff game versus the Arizona Cardinals.

Looking at the other free agents, I don’t see any of them returning to the Packers.

Quarless is probably the best blocking tight end the Packers have on the roster, but with Richard Rodgers on the roster, and the expected drafting of a tight end fairly early in the 2016 NFL draft, I see No. 81 moving on.

Barclay flamed out out both right and left tackle when given a chance to perform there in 2015. Yes, he was coming off an ACL tear just the year before, but his performance was not very good, as he gave up nine sacks in limited playing time.

The only way the Packers would even consider signing Barclay is if they decide to play him strictly at guard, which was what they planned to do when they first signed him as an undrafted rookie free agent in 2012.

The Packers also need to look at the ramifications of No. 67’s cap hit, which was $1,542,000 in 2015. No way the Packers will offer Barclay anywhere near that figure if he does come back.

I see Tolzien moving on to find a job as a potential starter at quarterback for some team in 2016.

Hayward is a talented cornerback, especially in the slot, but the Packers have enough depth at the position to allow him to leave.

I see Richardson retiring after suffering his second neck injury.

In terms of the restricted free agents, I would expect that Packers to try and keep both Taylor and Banjo. Taylor was much improved in 2015 when he got his opportunity to play guard, while Banjo was probably the best player on special teams, next to Janis.

Perillo will also probably come back as an exclusive rights free agent. 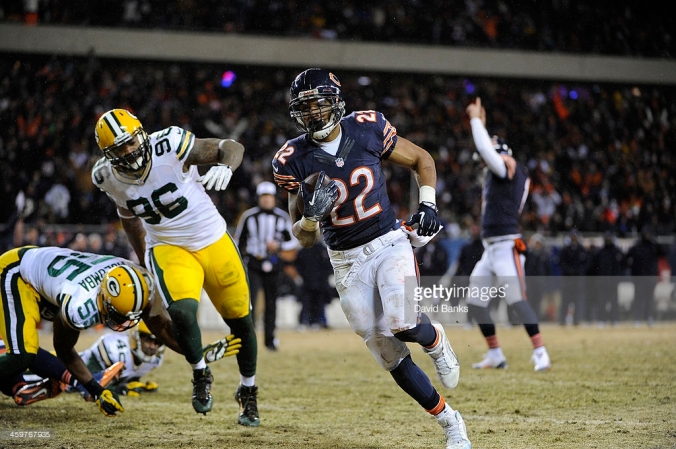 Bottom line, expect more of the same in terms of how the Packers approach free agency, except there may be minor shock wave if the Packers make a run and sign someone like Forte.

Forte would help the team in a number of capacities. His skills would certainly help the Packers achieve the No. 1 goal of the team each and every season.

That is, winning the NFC North. By adding Forte, that would definitely tilt the odds in their favor, plus it would also increase the chances of advancing farther in the postseason overall.