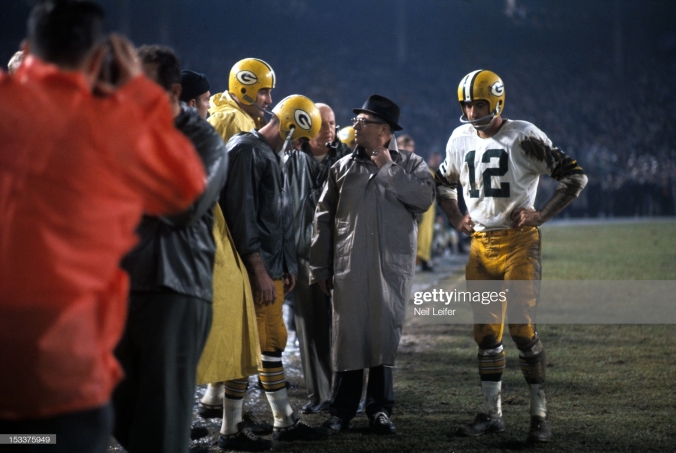 Next to the hundreds of conversations that I have had over the years with Jerry Kramer, the former Green Bay Packer who I talked to the most was Zeke Bratkowski.

Like Jerry, Zeke always had time for me. He was never short with me and was always very nice. Zeke was the epitome of being a gracious, kind and cordial gentleman. And also like Jerry, our conversations would run close to an hour.

We talked about a number of subjects and not just football either, seeing as we both called Florida home and the hurricane season can get interesting.

In terms of football, we talked about Bratkowski growing up in Illinois, being an All-American at Georgia, being drafted by the Chicago Bears and being coached by George Halas, being in the Air Force with Max McGee when his NFL career was interrupted for a couple of years, being traded to the Los Angeles Rams, being signed as a free agent by the Packers in 1963 and being the best backup quarterback in the NFL behind starter Bart Starr under the tutelage of head coach Vince Lombardi.

The relationship with Starr led to a life-long friendship. That over 50-year bond often saw the two of them and their wives getting together for the rest of their lives.

Zeke passed away yesterday at the age of 88, less than six months after his good buddy Bart passed on.

I also see both Bart and Zeke holding for Don Chandler while he attempts extra points and field goals.

And yes, the whole time Coach Lombardi will be shouting out his emphatic verbiage for the players as the practice takes place.

After practice, Max and Fuzzy will be cracking jokes in the locker room, as per usual.

Finally, I see both Bart and Zeke in the quarterback’s meeting room with Coach Lombardi as they study the next opponent for the Packers. That was always an enlightening and enjoyable time.

Yes, Zeke and I talked about his former teammates who passed on, especially his best friend Bart, as well as his Air Force and golfing buddy Max.

We also talked about the two icons he played under in the NFL, Coach Halas and Coach Lombardi.

We also talked about the time he was an assistant coach under Starr in 1979 and the team came very close to drafting Joe Montana.

Zeke loved being a Packer, both as a player and a coach. He certainly appreciated the magnificent fan base known as Packer Nation.

That was when No. 12 brought Green Bay back from a 10-0 deficit to the Baltimore Colts at Lambeau Field, as the Packers won 13-10 in overtime.

Bratkowski only started three games under Lombardi in Green Bay and was 2-1 in those three games.

But in 1966, the year Starr was named NFL MVP, Bratkowski came in to relieve an injured Starr to beat da Bears and Halas at Lambeau and also to beat the Colts in Baltimore to win the Western Conference title.

Bratkowski was honored for his play with the Packers by being inducted into the Packers Hall of Fame in 1989.

Yes, I’m going to miss talking to Zeke. I still will talk with Jerry and with Don Horn and Boyd Dowler, who I also have friendships with. The one thing I know from talking to guys like Zeke, Jerry, Don, Boyd and others like Willie Davis, Dave Robinson, Chuck Mercein, Donny Anderson, Jim Grabowski, Carroll Dale, Doug Hart and Bob Hyland, is that their demeanor certainly stemmed from their time with Coach Lombardi.

Coach Lombardi would be proud of every one of those gentlemen and what they all accomplished.

But most of all, he would be proud of how well they treat other people.

Nobody is a better example in that regard than Zeke Bratkowski.

God bless you, Zeke. Rest in peace, my friend.